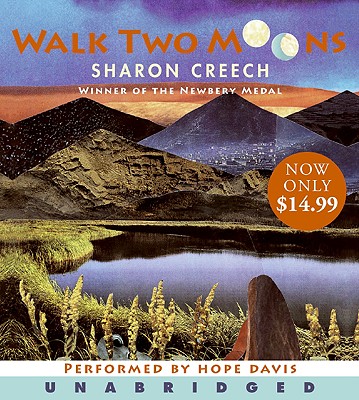 In her own singularly beautiful style, Newbery Medal winner Sharon Creech intricately weaves together two tales, one funny, one bittersweet, to create a heartwarming, compelling, and utterly moving story of love, loss, and the complexity of human emotion.

Thirteen-year-old Salamanca Tree Hiddle, proud of her country roots and the "Indian-ness in her blood," travels from Ohio to Idaho with her eccentric grandparents. Along the way, she tells them of the story of Phoebe Winterbottom, who received mysterious messages, who met a "potential lunatic," and whose mother disappeared.

As Sal entertains her grandparents with Phoebe's outrageous story, her own story begins to unfold—the story of a thirteen-year-old girl whose only wish is to be reunited with her missing mother.

Sharon Creech has written twenty-one books for young people and is published in over twenty languages. Her books have received awards in both the U.S. and abroad, including the Newbery Medal for Walk Two Moons, the Newbery Honor for The Wanderer, and Great Britain’s Carnegie Medal for Ruby Holler.

Before beginning her writing career, Sharon Creech taught English for fifteen years in England and Switzerland. She and her husband now live in Maine, “lured there by our grandchildren,” Creech says.

This feature require that you enable JavaScript in your browser.
END_OF_DOCUMENT_TOKEN_TO_BE_REPLACED

This feature require that you enable JavaScript in your browser.
END_OF_DOCUMENT_TOKEN_TO_BE_REPLACED

This feature require that you enable JavaScript in your browser.
END_OF_DOCUMENT_TOKEN_TO_BE_REPLACED