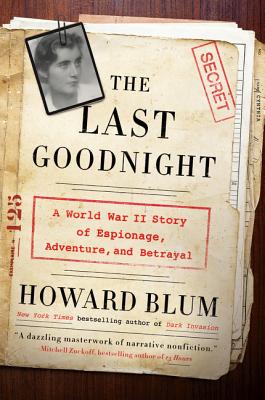 The New York Times bestselling author of the acclaimed Dark Invasion, channels Erik Larson and Ben Macintyre in this riveting biography of Betty Pack, the dazzling American debutante who became an Allied spy during WWII and was hailed by OSS chief General “Wild Bill" Donovan as “the greatest unsung heroine of the war.”

Betty Pack was charming, beautiful, and intelligent—and she knew it. As an agent for Britain’s MI-6 and then America’s OSS during World War II, these qualities proved crucial to her success. This is the remarkable story of this “Mata Hari from Minnesota” (Time) and the passions that ruled her tempestuous life—a life filled with dangerous liaisons and death-defying missions vital to the Allied victory.

For decades, much of Betty’s career working for MI-6 and the OSS remained classified. Through access to recently unclassified files, Howard Blum discovers the truth about the attractive blond, codenamed “Cynthia,” who seduced diplomats and military attachés across the globe in exchange for ciphers and secrets; cracked embassy safes to steal codes; and obtained the Polish notebooks that proved key to Alan Turing’s success with Operation Ultra.

Beneath Betty’s cool, professional determination, Blum reveals a troubled woman conflicted by the very traits that made her successful: her lack of deep emotional connections and her readiness to risk everything. The Last Goodnight is a mesmerizing, provocative, and moving portrait of an exceptional heroine whose undaunted courage helped to save the world.

Howard Blum is the author of the New York Times bestseller and Edgar Award winner American Lightning, as well as Wanted!, The Gold of Exodus, Gangland, The Floor of Heaven, and, most recently, a 2018 New York Times Notable Book: In the Enemy's House. Blum is a contributing editor at Vanity Fair. While at the New York Times, he was twice nominated for a Pulitzer Prize for investigative reporting. He is the father of three children, and lives in Connecticut.

“Scrupulously researched...Blum successfully delineates the social forces in play at the time and conveys the irresistible magnetism that turned a young woman into a world-class spy.” — Publishers Weekly

“A dazzling masterwork of narrative nonfiction that is The Last Goodnight. Howard Blum has vividly captured the extraordinary life of a passionate, complicated, thoroughly modern woman who did nothing less than help win World War II.” — Mitchell Zuckoff, New York Times-bestselling author of Lost in Shangri-La, Frozen in Time, and 13 Hours

This feature require that you enable JavaScript in your browser.
END_OF_DOCUMENT_TOKEN_TO_BE_REPLACED

This feature require that you enable JavaScript in your browser.
END_OF_DOCUMENT_TOKEN_TO_BE_REPLACED

This feature require that you enable JavaScript in your browser.
END_OF_DOCUMENT_TOKEN_TO_BE_REPLACED