Ajeemah and His Son (Paperback) 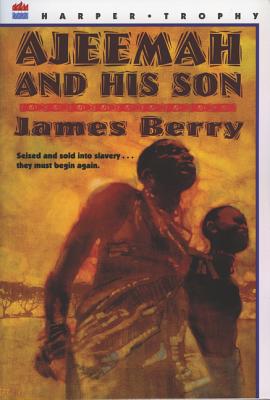 In 1807, at the height of the slave trade, Ajeemah and his son, Atu, are snatched by slave traders from their home in Africa while en route to deliver a dowry to Atu's bride-to-be. Ajeemah and Atu are then taken to Jamaica and sold to neighboring plantations'never to see one another again. "Readers will come away with a new sense of respect for those who maintained their dignity and humanity under the cruelest of circumstances."'SLJ. "Each moment here of the Jamaican-born poet's terse, melodious narrative is laden with emotion. . . . Brilliant, complex, powerfully written."––K.

James Berry has received the Order of the British Empire for his contribution to poetry and the Signal Poetry Award for his children's poetry. His previous poetry collections, When I Dance and Everywhere Faces Everywhere, were published to rave reviews in the United States. His many awards and honors include the 1993 Boston Globe-Horn Book Award for Fiction for his novel Ajeemah and His Son and a 1989 Coretta Scott King Honor for his collection of short stories A Thief in the Village and Other Stories of Jamaica. James Berry was born and raised in Jamaica and now lives in Brighton, England.

This feature require that you enable JavaScript in your browser.
END_OF_DOCUMENT_TOKEN_TO_BE_REPLACED

This feature require that you enable JavaScript in your browser.
END_OF_DOCUMENT_TOKEN_TO_BE_REPLACED

This feature require that you enable JavaScript in your browser.
END_OF_DOCUMENT_TOKEN_TO_BE_REPLACED