The Volcanoes of Mars (Paperback) 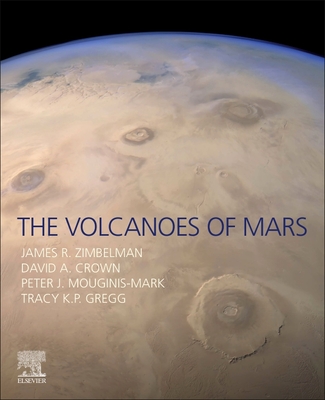 The Volcanoes of Mars offers a clear, cohesive summary of Mars volcanology. It begins with an introduction to the geology and geography of the red planet and an overview of its volcanic history, and continues to discuss each distinct volcanic province, identifying the common and unique aspects of each region. Incorporating basic volcanological information and constraints on the regional geologic history derived from geologic mapping, the book also examines current constraints on the composition of the volcanic rocks as investigated by both orbiting spacecraft and rovers. In addition, it compares the features of Martian volcanoes to those seen on other volcanic bodies.

Concluding with prospects for new knowledge to be gained from future Mars missions, this book brings researchers in volcanology and the study of Mars up to date on the latest findings in the study of volcanoes on Mars, allowing the reader to compare and contrast Martian volcanoes to volcanoes studied on Earth and throughout the Solar System.

This feature require that you enable JavaScript in your browser.
END_OF_DOCUMENT_TOKEN_TO_BE_REPLACED

This feature require that you enable JavaScript in your browser.
END_OF_DOCUMENT_TOKEN_TO_BE_REPLACED

This feature require that you enable JavaScript in your browser.
END_OF_DOCUMENT_TOKEN_TO_BE_REPLACED