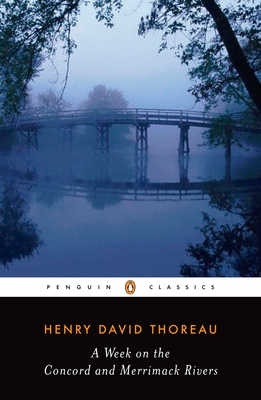 Thoreau's account of his 1839 boat trip is a finely crafted tapestry of travel writing, essays, and lyrical poetry. Thoreau interweaves descriptions of natural phenomena, the rural landscape, and local characters with digressions on literature and philosophy, the Native American and Puritian histories of New England, the Bhagavad Gita, the imperfections of Christianity, and many other subjects. Although it shares many of the themes in Thoreau's classic Walden, A Week on the Concord offers an alternative perspective on his analaysis of the relationship between nature and culture.

This feature require that you enable JavaScript in your browser.
END_OF_DOCUMENT_TOKEN_TO_BE_REPLACED

This feature require that you enable JavaScript in your browser.
END_OF_DOCUMENT_TOKEN_TO_BE_REPLACED

This feature require that you enable JavaScript in your browser.
END_OF_DOCUMENT_TOKEN_TO_BE_REPLACED