The Joke and Its Relation to the Unconscious (Paperback) 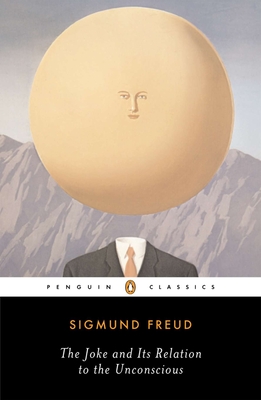 Why do we laugh? The answer, argued Freud in this groundbreaking study of humor, is that jokes, like dreams, satisfy our unconscious desires. The Joke and Its Relation to the Unconscious explains how jokes provide immense pleasure by releasing us from our inhibitions and allowing us to express sexual, aggressive, playful, or cynical instincts that would otherwise remain hidden. In elaborating this theory, Freud brings together a rich collection of puns, witticisms, one-liners, and anecdotes, which, as Freud shows, are a method of giving ourselves away.

Joyce Crick was for many years a senior lecturer in German at University College London. In 2000, she was awarded the Schlegel Tieck Prize for her translation of Freud's The Interpretation of Dreams for Oxford University Press.

John Carey is an emeritus professor of English at Oxford, a fellow of the British Academy, and chief book reviewer for the London Sunday Times.

This feature require that you enable JavaScript in your browser.
END_OF_DOCUMENT_TOKEN_TO_BE_REPLACED

This feature require that you enable JavaScript in your browser.
END_OF_DOCUMENT_TOKEN_TO_BE_REPLACED

This feature require that you enable JavaScript in your browser.
END_OF_DOCUMENT_TOKEN_TO_BE_REPLACED