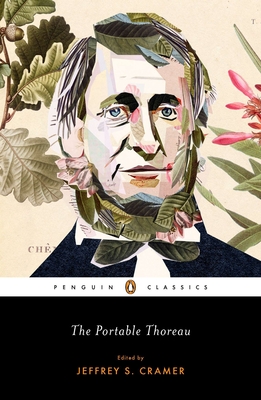 An updated edition of Thoreau's most widely read works

Self-described as "a mystic, a transcendentalist, and a natural philosopher to boot," Henry David Thoreau dedicated his life to preserving his freedom as a man and as an artist. Nature was the fountainhead of his inspiration and his refuge from what he considered the follies of society. Heedless of his friends' advice to live in a more orthodox manner, he determinedly pursued his own inner bent-that of a poet-philosopher-in prose and verse. Edited by noted Thoreau scholar Jeffrey S. Cramer, this edition promises to be the new standard for those interested in discovering the great thinker's influential ideas about everything from environmentalism to limited government.

Jeffrey S. Cramer is the Curator of Collections at the Thoreau Institute at Walden Woods. He is the editor of the award-winning Walden: A Fully Annotated Edition, The Quotable Thoreau, among other books. He lives in Maynard, Massachusetts.

This feature require that you enable JavaScript in your browser.
END_OF_DOCUMENT_TOKEN_TO_BE_REPLACED

This feature require that you enable JavaScript in your browser.
END_OF_DOCUMENT_TOKEN_TO_BE_REPLACED

This feature require that you enable JavaScript in your browser.
END_OF_DOCUMENT_TOKEN_TO_BE_REPLACED