The Spy Who Came in from the Cold: A George Smiley Novel (Paperback) 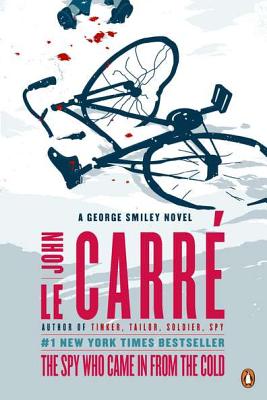 In the shadow of the newly erected Berlin Wall, Alec Leamas watches as his last agent is shot dead by East German sentries. For Leamas, the head of Berlin Station, the Cold War is over. As he faces the prospect of retirement or worse—a desk job—Control offers him a unique opportunity for revenge. Assuming the guise of an embittered and dissolute ex-agent, Leamas is set up to trap Mundt, the deputy director of the East German Intelligence Service—with himself as the bait. In the background is George Smiley, ready to make the game play out just as Control wants.

Setting a standard that has never been surpassed, The Spy Who Came in from the Cold is a devastating tale of duplicity and espionage.

New York Times bestselling author John le Carre ("A Delicate Truth "and "Spy Who Came in from the Cold")" "was born in 1931 and attended the universities of Bern and Oxford. He taught at Eton and served briefly in British Intelligence during the Cold War. For the last fifty years he has lived by his pen. He divides his time between London and Cornwall.

"What his most satisfying about John le Carré’s first great success—first of many, as it turned out—is how well it holds up on this, its 50th anniversary."—Jonathan Yardley, Washington Post

“The best spy story I have ever read.”—Graham Greene

“Written…with a pitiless, elegant clarity. The Spy who Came in from the Cold is a first-rate thriller and more.”—Time

This feature require that you enable JavaScript in your browser.
END_OF_DOCUMENT_TOKEN_TO_BE_REPLACED

This feature require that you enable JavaScript in your browser.
END_OF_DOCUMENT_TOKEN_TO_BE_REPLACED

This feature require that you enable JavaScript in your browser.
END_OF_DOCUMENT_TOKEN_TO_BE_REPLACED