Mary Moody Emerson and the Origins of Transcendentalism: A Family History (Hardcover) 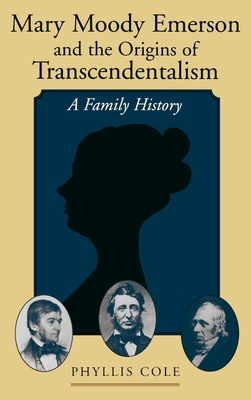 By Phyllis Cole
Email or call for price.

Mary Moody Emerson has long been a New England legend, the eccentric Calvinist aunt of Ralph Waldo Emerson, wearing a death-shroud as her daily garment. This exciting new study, based on the first reading of all her known letters and diaries, reveals a complex human voice and powerful forerunner of American Transcendentalism. From the years of her famous nephew's infancy, in both private and published writings, she celebrated independence, solitude in nature, and inward communion with God. Mary Moody Emerson inherited both resources and constraints from her family, a lineage of Massachusetts ministers who had earlier practiced spiritual awakening and political resistance against England. Cole discovers a previously unexamined Emerson tradition of fervent piety in the ancestors' own writing and Mary's preservation of their memory. She also examines the position of a woman in this patriarchal family. Barred from the pulpit and university by her sex, she also refused marriage to become a reader, writer, and religious seeker. Cole's biography explores this reading and writing as both a woman's vocation and a gift to Ralph Waldo Emerson. Helping to raise her nephews after their father's death, Mary Moody Emerson urged Waldo the college student to seek solitude in nature and become a divine poet. Cole's pioneering study, tracing crucial lines of influence from Mary Emerson's heretofore unknown texts to her nephew's major works, establishes a fresh and vital source for a central American literary tradition.

This feature require that you enable JavaScript in your browser.
END_OF_DOCUMENT_TOKEN_TO_BE_REPLACED

This feature require that you enable JavaScript in your browser.
END_OF_DOCUMENT_TOKEN_TO_BE_REPLACED

This feature require that you enable JavaScript in your browser.
END_OF_DOCUMENT_TOKEN_TO_BE_REPLACED