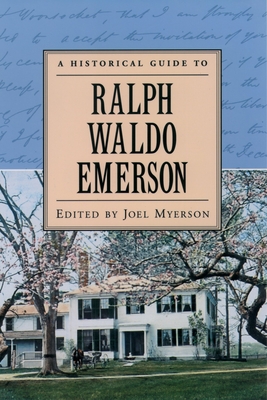 By Joel Myerson (Editor)
Email or call for price.

There is no question that Emerson has maintained his place as one of the seminal figures in American history and literature. In his time, he was the acknowledged leader of the Transcendentalist movement and his poetic legacy, education ideals, and religious concepts are integral to the formation of American intellectual life. In this volume, Joel Myerson, one of the leading experts on this period, has gathered together sparkling new essays that discuss Emerson as a product of his times. Individual chapters provide an extended biographical study of Emerson and his effect on American life, followed by studies of his concept of individualism, nature and natural science, religion, antislavery, and women's rights.

Joel Myerson is Carolina Distinguished Professor of American Literature at the University of Southern Carolina. He edited Studies in the American Renaissance (1977-1996) and is former president of the Association for Documentary Editing, the Thoreau Society, and the Ralph Waldo Emerson Society. He was published numerous books on Emerson and his times.

This feature require that you enable JavaScript in your browser.
END_OF_DOCUMENT_TOKEN_TO_BE_REPLACED

This feature require that you enable JavaScript in your browser.
END_OF_DOCUMENT_TOKEN_TO_BE_REPLACED

This feature require that you enable JavaScript in your browser.
END_OF_DOCUMENT_TOKEN_TO_BE_REPLACED