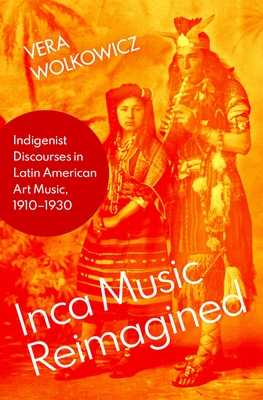 The Latin American centennial celebrations of independence (ca.1909-1925) constituted a key moment in the consolidation of national symbols and emblems, while also producing a renewed focus on transnational affinities that generated a series of discourses about continental unity. At the same
time, a boom in archaeological explorations, within a general climate of scientific positivism provided Latin Americans with new information about their grandiose former civilizations, such as the Inca and the Aztec, which some argued were comparable to ancient Greek and Egyptian cultures. These
discourses were at first political, before transitioning to the cultural sphere. As a result, artists and particularly musicians began to move away from European techniques and themes, to produce a distinctive and self-consciously Latin American art. In Inca Music Reimagined author Vera Wolkowicz explores Inca discourses in particular as a source for the creation of national and continental art music during the first decades of the twentieth century, concentrating on operas by composers from Peru, Ecuador and Argentina. To understand this
process, Wolkowicz analyzes early twentieth-century writings on Inca music and its origins and describes how certain composers transposed Inca techniques into their own works, and how this music was perceived by local audiences. Ultimately, she argues that the turn to Inca culture and music in the
hopes of constructing a sense of national unity could only succeed within particular intellectual circles, and that the idea that the inspiration of the Inca could produce a music of America would remain utopian.

This feature require that you enable JavaScript in your browser.
END_OF_DOCUMENT_TOKEN_TO_BE_REPLACED

This feature require that you enable JavaScript in your browser.
END_OF_DOCUMENT_TOKEN_TO_BE_REPLACED

This feature require that you enable JavaScript in your browser.
END_OF_DOCUMENT_TOKEN_TO_BE_REPLACED