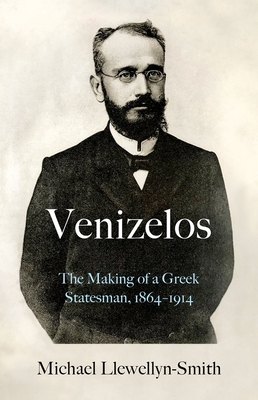 Eleftherios Venizelos (1864-1936) was the outstanding Greek statesman of the first half of the twentieth century. Michael Llewellyn-Smith traces his early years, political apprenticeship in Crete, and energetic role in that island's emancipation from both Ottoman rule and the arbitrary rule of
Prince George of Greece. Summoned to Athens in 1910 by a cabal of officers, Venizelos mastered the Greek political scene, sent the military back to barracks, and led the country through a glorious period of constitutional and political reform, ending in a Balkan alliance waging successful war against Ottoman rule in Europe.
By 1914, Greece had doubled in territory and population, and was about to face the challenges of European war. Tensions were rising between the king and the prime minister, foreshadowing political schism. This book illuminates Venizelos' political mastery, liberalism and nationalism, and traces his fateful friendship with David Lloyd George. A second volume will complete his story, with the Great War, the post-war peace settlement, Greece's Asia Minor disaster, and Venizelos' late years of renewed
prime ministerial office, political polarization and exile in Paris.

Michael Llewellyn-Smith was British Ambassador in Athens in the 1990s and lived in Venizelos' house. He has written books on Greece in Asia Minor (1919-22), the first modern Olympic Games in Athens in 1896, and the history and culture of Athens. Venizelos has been a lifelong interest.

This feature require that you enable JavaScript in your browser.
END_OF_DOCUMENT_TOKEN_TO_BE_REPLACED

This feature require that you enable JavaScript in your browser.
END_OF_DOCUMENT_TOKEN_TO_BE_REPLACED

This feature require that you enable JavaScript in your browser.
END_OF_DOCUMENT_TOKEN_TO_BE_REPLACED