The Earl, the Kings, and the Chronicler: Robert Earl of Gloucester and the Reigns of Henry I and Stephen (Hardcover) 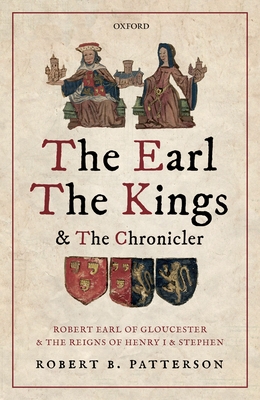 The Earl, The Kings, And The Chronicler is the first full length biography of Robert (c.1088-1147), grandson of William the Conqueror and eldest son of King Henry I of England (1100-35), who could not succeed his father because he was a bastard. Instead, as the earl of Gloucester, he helped change the course of English history by keeping alive the prospects for an Angevin succession through his leadership of its supporters against his father's successor, King Stephen (1135-54) in the civil war known as the Anarchy. Robert of Gloucester is one of the great figures of Anglo-Norman history (1066-1154). He occupies important niches in the era's literature, from comprehensive political studies of Henry I's and Stephen's reigns and an array of specialized fields to the 'Brother Cadfael' novels of Ellis Peters. Gloucester was one of only three landed super-magnates of his day, a model post-Conquest great baron, Marcher lord, borough developer, and patron of the rising merchant class. His trans-Channel barony stretched from western Lower Normandy across England to south Wales. Robert was both a product and a significant agent of the contemporary cultural revival known as the Renaissance of the Twelfth Century, being bi-lingual, well educated, and a significant literary patron. In this last role he is especially notable for commissioning the greatest English historian since Bede, William of Malmesbury, to produce a history of their times which justified the empress Matilda's claim to the English throne and Earl Robert's support of it.

This feature require that you enable JavaScript in your browser.
END_OF_DOCUMENT_TOKEN_TO_BE_REPLACED

This feature require that you enable JavaScript in your browser.
END_OF_DOCUMENT_TOKEN_TO_BE_REPLACED

This feature require that you enable JavaScript in your browser.
END_OF_DOCUMENT_TOKEN_TO_BE_REPLACED