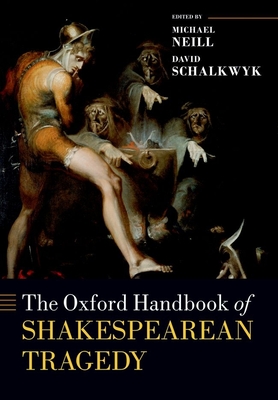 The Oxford Handbook of Shakespearean Tragedy presents fifty-four essays by a range of scholars from all parts of the world. Together these essays offer readers a fresh and comprehensive understanding of Shakespeare tragedies as both works of literature and as performance texts written by a
playwright who was himself an experienced actor. The opening section explores ways in which later generations of critics have shaped our idea of 'Shakespearean' tragedy, and addresses questions of genre by examining the playwright's inheritance from the classical and medieval past. The second
section is devoted to current textual issues, while the third offers new critical readings of each of the tragedies. This is set beside a group of essays that deal with performance history, with screen productions, and with versions devised for the operatic stage, as well as with twentieth and
twenty-first century re-workings of Shakespearean tragedy. The book's final section expands readers' awareness of Shakespeare's global reach, tracing histories of criticism and performance across Europe, the Americas, Australasia, the Middle East, Africa, India, and East Asia.

Michael Neill, University of Auckland, David Schalkwyk, Queen Mary University of London Michael Neill is Emeritus Professor of English at the University of Auckland. He is the author of Issues of Death (1997) and Putting History to the Question (2000). He has edited a number of early modern plays, including Anthony and Cleopatra (1994) and Othello (2006) for the Oxford Shakespeare, and(most recently) The Renegado (2010) for Arden Early Modern Drama, as well as The Spanish Tragedy (2014) and The Duchess of Malfi (2015) for Norton Critical Editions. David Schalkwyk is Professor in Shakespeare Studies at Queen Mary University of London and Director of the Centre for Global Shakespeare. He was formerly Director of Research at the Folger Shakespeare Library in Washington DC and editor of Shakespeare Quarterly. Before that he was Professor ofEnglish at the University of Cape Town, where he held the positions of Head of Department and Deputy Dean in the faculty of the Humanities. His books include Speech and Performance in Shakespeare's Sonnets and Plays (Cambridge, 2002), Literature and the Touch of the Real (Delaware, 2004), andShakespeare, Love and Service (Cambridge, 2008). His most recent book is Hamlet's Dreams: The Robben Island Shakespeare, published in 2013 by the Arden Shakespeare. He has just completed a monograph on love in Shakespeare.

This feature require that you enable JavaScript in your browser.
END_OF_DOCUMENT_TOKEN_TO_BE_REPLACED

This feature require that you enable JavaScript in your browser.
END_OF_DOCUMENT_TOKEN_TO_BE_REPLACED

This feature require that you enable JavaScript in your browser.
END_OF_DOCUMENT_TOKEN_TO_BE_REPLACED