The Philosophical Challenge from China (Hardcover) 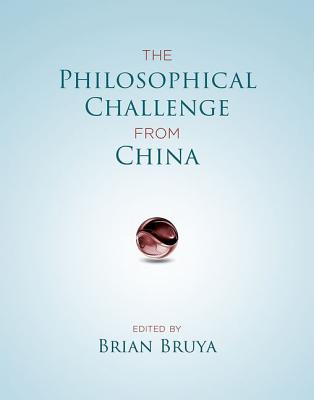 Rigorously argued and meticulously researched, an investigation of current topics in philosophy that is informed by the Chinese philosophical tradition.

Each essay challenges a current position in the philosophical literature--including views expressed by John Rawls, Peter Singer, Nel Noddings, W. V. Quine, and Harry Frankfurt. The contributors discuss topics that include compassion as a developmental virtue, empathy, human worth and democracy, ethical self-restriction, epistemological naturalism, ideas of oneness, know-how, and action without agency.

Brian Bruya is Associate Professor of Philosophy at Eastern Michigan University and Center Associate at the University of Michigan's Center for Chinese Studies. He is the editor of Effortless Attention: A New Perspective on the Cognitive Science of Attention and Action.

This feature require that you enable JavaScript in your browser.
END_OF_DOCUMENT_TOKEN_TO_BE_REPLACED

This feature require that you enable JavaScript in your browser.
END_OF_DOCUMENT_TOKEN_TO_BE_REPLACED

This feature require that you enable JavaScript in your browser.
END_OF_DOCUMENT_TOKEN_TO_BE_REPLACED