Killer on the Road: Violence and the American Interstate (Hardcover) 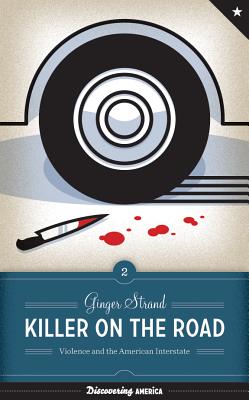 Starting in the 1950s, Americans eagerly built the planet’s largest public work: the 42,795-mile National System of Interstate and Defense Highways. Before the concrete was dry on the new roads, however, a specter began haunting them--the highway killer. He went by many names: the “Hitcher,” the “Freeway Killer,” the “Killer on the Road,” the “I-5 Strangler,” and the “Beltway Sniper.” Some of these criminals were imagined, but many were real. The nation’s murder rate shot up as its expressways were built. America became more violent and more mobile at the same time.

Killer on the Road tells the entwined stories of America’s highways and its highway killers. There’s the hot-rodding juvenile delinquent who led the National Guard on a multistate manhunt; the wannabe highway patrolman who murdered hitchhiking coeds; the record promoter who preyed on “ghetto kids” in a city reshaped by freeways; the nondescript married man who stalked the interstates seeking women with car trouble; and the trucker who delivered death with his cargo. Thudding away behind these grisly crime sprees is the story of the interstates--how they were sold, how they were built, how they reshaped the nation, and how we came to equate them with violence.

Through the stories of highway killers, we see how the “killer on the road,” like the train robber, the gangster, and the mobster, entered the cast of American outlaws, and how the freeway--conceived as a road to utopia--came to be feared as a highway to hell.

This feature require that you enable JavaScript in your browser.
END_OF_DOCUMENT_TOKEN_TO_BE_REPLACED

This feature require that you enable JavaScript in your browser.
END_OF_DOCUMENT_TOKEN_TO_BE_REPLACED

This feature require that you enable JavaScript in your browser.
END_OF_DOCUMENT_TOKEN_TO_BE_REPLACED