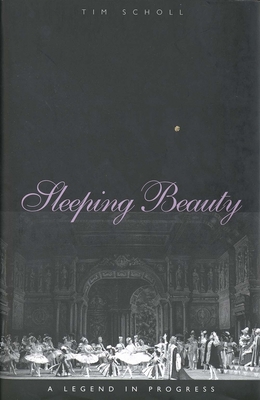 By Tim Scholl
Email or call for price.

In 1999 the Maryinsky (formerly Kirov) Ballet and Theater in St. Petersburg re-created its 1890 production of Sleeping Beauty. The revival showed the classic work in its original sets and costumes and restored pantomime and choreography that had been eliminated over the past century. Nevertheless, the work proved unexpectedly controversial, with many Russian dance professionals and historians denouncing it. In order to understand how a historically informed performance could be ridiculed by those responsible for writing the history of Russian and Soviet ballet, Tim Scholl discusses the tradition, ideology, and popular legend that have shaped the development of Sleeping Beauty. In the process he provides a history of Russian and Soviet ballet during the twentieth century.
A fascinating slice of cultural history, the book will appeal not only to dance historians but also to those interested in the arts and cultural policies of the Soviet and post-Soviet periods.

Tim Scholl participated in the planning and production of the Maryinsky Ballet’s reconstruction of Sleeping Beauty and has written about it for the New York Times. An associate professor of Russian at Oberlin College and a docent in the Theatre Research Department of Helsinki University, he is the author of From Petipa to Balanchine: Classical Revival and the Modernization of Ballet and is a frequent contributor to Ballet Review.

This feature require that you enable JavaScript in your browser.
END_OF_DOCUMENT_TOKEN_TO_BE_REPLACED

This feature require that you enable JavaScript in your browser.
END_OF_DOCUMENT_TOKEN_TO_BE_REPLACED

This feature require that you enable JavaScript in your browser.
END_OF_DOCUMENT_TOKEN_TO_BE_REPLACED