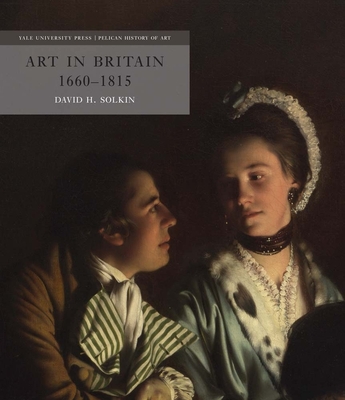 Art in Britain 1660–1815 presents the first social history of British art from the period known as the long 18th century, and offers a fresh and challenging look at the major developments in painting, drawing, and printmaking that took place during this period. It describes how an embryonic London art world metamorphosed into a flourishing community of native and immigrant practitioners, whose efforts ultimately led to the rise of a British School deemed worthy of comparison with its European counterparts. Within this larger narrative are authoritative accounts of the achievements of celebrated artists such as Peter Lely, William Hogarth, Thomas Gainsborough, and J.M.W. Turner. David H. Solkin has interwoven their stories and many others into a critical analysis of how visual culture reinforced, and on occasion challenged, established social hierarchies and prevailing notions of gender, class, and race as Britain entered the modern age. More than 300 artworks, accompanied by detailed analysis, beautifully illustrate how Britain’s transformation into the world’s foremost commercial and imperial power found expression in the visual arts, and how the arts shaped the nation in return.

David H. Solkin is Walter H. Annenberg Professor of the History of Art and Dean and Deputy Director of The Courtauld Institute of Art. His publications include Richard Wilson: The Landscape of Reaction (Tate Gallery, 1982), Painting for Money: The Visual Arts and the Public Sphere in Eighteenth-Century England (Yale University Press, 1993) and Painting out of the Ordinary: Modernity and the Art of Everyday Life in Early Nineteenth-Century Britain (Yale University Press, 2008); he is also the editor and co-author of Art on The Line: The Royal Academy Exhibitions at Somerset House 1780–1836 (Yale University Press, 2001) and Turner and the Masters (Tate, 2009).

“Solkin is the author of two or three of the most important books on 18th and early 19th century British art to have been published in the last quarter century… In his Pelican history he has attempted something even more ambitious, and has been triumphantly successful. He describes it as a social history of art, a critical analysis of how the visual culture of the 18th century ‘operated within a social field structured by relationships of power’. The book is extraordinarily comprehensive, its discussion of the different genres of painting as they develop through the 18th century so full, detailed and thoughtful that it will be completely impossible to do it justice”—John Barrell, London Review of Books
— John Barrell

“Solkin has created a coherent and persuasive account of the growth and development of British art, based on a fine-grained understanding of the larger historical movements of the periods he considers and an intense engagement with the works themselves.”—David Bindman, Art Newspaper
— David Bindman

“An authoritative, enveloping structure. You feel the change and expansion of the British art world over the eighteenth century.”—Patrick McCaughey, Australian Book Review
— Patrick McCaughey

This feature require that you enable JavaScript in your browser.
END_OF_DOCUMENT_TOKEN_TO_BE_REPLACED

This feature require that you enable JavaScript in your browser.
END_OF_DOCUMENT_TOKEN_TO_BE_REPLACED

This feature require that you enable JavaScript in your browser.
END_OF_DOCUMENT_TOKEN_TO_BE_REPLACED