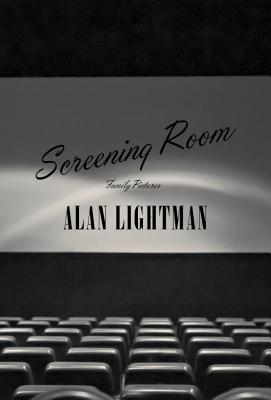 From the acclaimed author of the international best seller Einstein's Dreams, here is a stunning, lyrical memoir of Memphis from the 1930s through the 1960s that includes the early days of the movies and a powerful grandfather whose ghost remains an ever-present force in the lives of his descendants.
Alan Lightman's grandfather M.A. Lightman was the family's undisputed patriarch: it was his movie theater empire that catapulted the Lightmans to prominence in the South, his fearless success that both galvanized and paralyzed his children and grandchildren. In this moving, impressionistic memoir, the author chronicles his return to Memphis in an attempt to understand the origins he so eagerly left behind forty years earlier. As aging uncles and aunts begin telling family stories, Lightman rediscovers his southern roots and slowly recognizes the errors in his perceptions of both his grandfather and his father, who was himself crushed by M.A. The result is an unforgettable family saga that extends from 1880 to the present, set against a throbbing century of Memphis the rhythm and blues, the barbecue and pecan pie, the segregated society and including personal encounters with Elvis, Martin Luther King Jr., and E. H. Boss Crump. At the heart of it all is a family haunted by the memory of its domineering patriarch and the author's struggle to understand his conflicted loyalties.

(With black-and-white illustrations throughout.)

Alan Lightman is the author of six novels, including Einstein s Dreams and The Diagnosis, which was a finalist for the National Book Award. He is also the author of three collections of essays and several books on science. His work has appeared in The Atlantic, Granta, Harper s, The New Yorker, The New York Review of Books, and Nature, among other publications. Trained as a theoretical physicist, Lightman has taught at Harvard and at MIT, where he was the first person to receive a dual faculty appointment in science and the humanities. He lives in the Boston area."

This feature require that you enable JavaScript in your browser.
END_OF_DOCUMENT_TOKEN_TO_BE_REPLACED

This feature require that you enable JavaScript in your browser.
END_OF_DOCUMENT_TOKEN_TO_BE_REPLACED

This feature require that you enable JavaScript in your browser.
END_OF_DOCUMENT_TOKEN_TO_BE_REPLACED