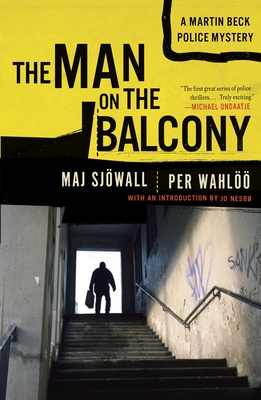 This is book number 3 in the Martin Beck Police Mystery Series series.

The chilling third -- and breakthrough -- novel in the Martin Beck mystery series by the internationally renowned crime writing duo, finds Martin Beck investigating a string of child murders. With an introduction by Jo Nesbo: "Sjöwall and Wahlöö have shoulders that can accomodate all of today's crime writers. And we are all there."

In the once peaceful parks of Stockholm, a killer is stalking young girls and disposing their bodies. The city is on edge, and an undercurrent of fear has gripped its residents. Martin Beck, now a superintendent, has two possible witnesses: a silent, stone-cold mugger and a mute three year old boy. With the likelihood of another murder growing as each day passes, the police force work night and day. But their efforts have offered little insight into the methodology of the killer. Then a distant memory resurfaces in Beck's mind, and he may just have the break he needs.

“The first great series of police thrillers. . . . Truly exciting.”—Michael Ondaatje"Hauntingly effective storytelling."—The New York Times Book Review“Sjöwall and Wahlöö write unsparingly and unswervingly. . . . Their plots are second to none.”—Val McDermid“It's hard to think of any other thriller writers (apart from Simenon perhaps) who can capture so much of a society in a couple of hundred pages and yet still hold true to the thriller form.”—Sean and Nicci French

This feature require that you enable JavaScript in your browser.
END_OF_DOCUMENT_TOKEN_TO_BE_REPLACED

This feature require that you enable JavaScript in your browser.
END_OF_DOCUMENT_TOKEN_TO_BE_REPLACED

This feature require that you enable JavaScript in your browser.
END_OF_DOCUMENT_TOKEN_TO_BE_REPLACED