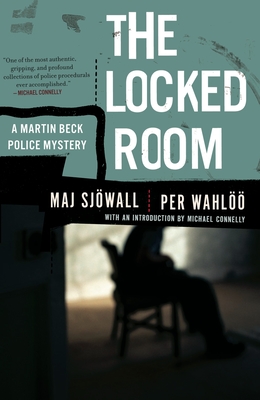 By Maj Sjowall, Per Wahloo, Michael Connelly (Introduction by)
$16.95

This is book number 8 in the Martin Beck Police Mystery Series series.

The stunning eighth installment in the Martin Beck mystery series by the renowned Swedish crime writing duo is a masterful take on a classic locked room mystery. With an introduction by Michael Connelly: "One of the most authentic, gripping, and profound collections of police procedurals ever accomplished."

A young blonde in sunglasses robs a bank and kills a hapless citizen. Across town, a corpse with a bullet shot through its heart is found in a locked room–with no gun at the scene. The crimes seem disparate, but to Martin Beck they are two pieces of the same puzzle, and solving it becomes the one way he can escape the pains of his failed marriage and the lingering effects of a near-fatal bullet wound. Exploring the ramifications of egotism and intellect, luck and accident, this tour de force of detection bears the unmistakable substance and gravity of real life.

“The best yet in a superb series of mysteries.”–Minneapolis Tribune
.
“One of the most authentic, gripping and profound collections of police procedurals ever accomplished.”–Michael Connelly

“It’s hard to think of any other thriller writers (apart from Simenon perhaps) who can capture so much of a society in a couple of hundred pages and yet still hold true to the thriller form.”–Sean and Nicci French

This feature require that you enable JavaScript in your browser.
END_OF_DOCUMENT_TOKEN_TO_BE_REPLACED

This feature require that you enable JavaScript in your browser.
END_OF_DOCUMENT_TOKEN_TO_BE_REPLACED

This feature require that you enable JavaScript in your browser.
END_OF_DOCUMENT_TOKEN_TO_BE_REPLACED