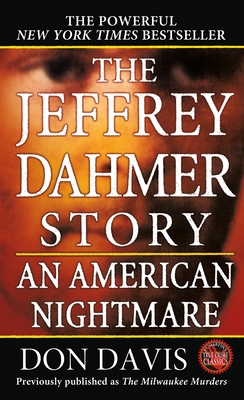 They smelled the foul odors. They heard the power saw buzzing in the dead of night but neighbors never imagined the horrors happening right next door.

The hot sultry night of July 22, 1991 was one the tenants of the Oxford Apartments would never forget. A panic stcricken young man--a pair of handcuffs still dangling from his wrists--ran out of Apartment 213 and told police an incredible tale of terror.

Shaking with fear, he led officers back to his captor's lair, where they made the gruesome discovery. Inside were the body parts of at least fifteen men--including torsos stuffed into a barrel, severed heads in a refrigerator, and skulls boiled clean and stashed in a filing cabinet. Tacked to the freezer were Poloroid photographs of mutilated corpses.

When investigators arrested 31-year-old Jeffrey Dahmer, they realized they had stumbled onto a "real-life Hannibal Lecter"--a sadistic murderer who told them he had saved a human heart "to eat later". What could turn a handsome, former tennis player, the son of middle-class parents, into a perverse serial killer whose unthinkable acts shocked the nation?

The Jeffrey Dahmer Story takes you into Jeffrey Dahmer's twisted world of bizarre sexual encounters, mutilation and cannibalism--in one of history's most appalling true crime cases.

With 8 pages of chilling photographs.

Donald A. Davis is co-author of New York Times bestseller Shooter: The Autobiography of the Top-Ranked Marine Sniper and author of Lightning Strike: The Secret Mission to Kill Admiral Yamamoto and Avenge Pearl Harbor. He lives outside Boulder, Colorado.

This feature require that you enable JavaScript in your browser.
END_OF_DOCUMENT_TOKEN_TO_BE_REPLACED

This feature require that you enable JavaScript in your browser.
END_OF_DOCUMENT_TOKEN_TO_BE_REPLACED

This feature require that you enable JavaScript in your browser.
END_OF_DOCUMENT_TOKEN_TO_BE_REPLACED