The Letters of Amerigo Vespucci: Documents of his Discoveries, Exploration and Mapping of the New World and South Americas (Hardcover) (Hardcover) 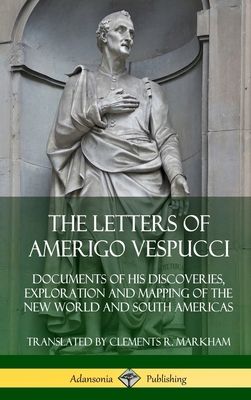 Adventurer, merchant and mapper of the New World, Amerigo Vespucci's life is fascinating and vivid ? his letters, published here in full, reveal his discoveries. Born in Florence in the mid-15th century, Vespucci expressed an interest in the newly-discovered lands across the Atlantic Ocean from an early age. Educated by his uncle, a learned Dominican friar, in youth that Vespucci displayed a talent for money matters and mathematics ? these talents helped during his sea expeditions, which saw him draw many of the first maps made of South America's coast. This book does not merely contain Vespucci's own writings, but also letters of other authors who refer to him and his accomplishments. Christopher Columbus praised Vespucci's competence, while he is alluded to multiple times in the writings of historian Bartolome de las Casas. The compiler, annotator and translator of these correspondences is Clements R. Markham, who is keen to reveal the character and deeds that underpin Amerigo Vespucci's reputation.

This feature require that you enable JavaScript in your browser.
END_OF_DOCUMENT_TOKEN_TO_BE_REPLACED

This feature require that you enable JavaScript in your browser.
END_OF_DOCUMENT_TOKEN_TO_BE_REPLACED

This feature require that you enable JavaScript in your browser.
END_OF_DOCUMENT_TOKEN_TO_BE_REPLACED