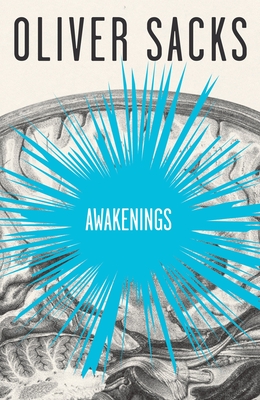 Awakenings--which inspired the major motion picture--is the remarkable story of a group of patients who contracted sleeping-sickness during the great epidemic just after World War I. Frozen for decades in a trance-like state, these men and women were given up as hopeless until 1969, when Dr. Oliver Sacks gave them the then-new drug L-DOPA, which had an astonishing, explosive, "awakening" effect. Dr. Sacks recounts the moving case histories of his patients, their lives, and the extraordinary transformations which went with their reintroduction to a changed world.

Oliver Sacks was a neurologist, writer, and professor of medicine. Born in London in 1933, he moved to New York City in 1965, where he launched his medical career and began writing case studies of his patients. Called the “poet laureate of medicine” by The New York Times, Sacks is the author of thirteen books, including The Man Who Mistook His Wife for a Hat, Musicophilia, and Awakenings, which inspired an Oscar-nominated film and a play by Harold Pinter. He was the recipient of many awards and honorary degrees, and was made a Commander of the British Empire in 2008 for services to medicine. He died in 2015.

This feature require that you enable JavaScript in your browser.
END_OF_DOCUMENT_TOKEN_TO_BE_REPLACED

This feature require that you enable JavaScript in your browser.
END_OF_DOCUMENT_TOKEN_TO_BE_REPLACED

This feature require that you enable JavaScript in your browser.
END_OF_DOCUMENT_TOKEN_TO_BE_REPLACED