We All Fall Down (Paperback) 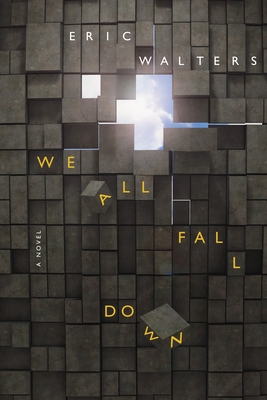 This is book number 1 in the We All Fall Down series.

A novel from one of the country’s most prolific and popular YA authors, this book, set in New York City on September 11th, shows us how the experiences of that day profoundly changed one teen’s life and relationships.

Today is September 10, 2001, and Will, a grade nine student, is spending the day at his father’s workplace tomorrow. As part of a school assignment, all the students in his class will be going to their parents tomorrow, but Will isn’t excited about it–he’d rather sleep in and do nothing with his friends. His father doesn’t even have an exciting job like his best friend James’s father who is a fireman. Will’s dad works for an international trading company and has to wake up early every morning to commute to his office on the eighty-fifth floor in the south building of the World Trade Center in Manhattan. Will doesn’t see his father very often because of the hours he puts in at the office. He doubts that his dad will bother making time for him tomorrow even when they are supposed to be spending the day together.

In this fast-paced and dramatic new novel by bestselling author Eric Walters, Will discovers a new side of his father during an event that continues to affect the world. As Will’s new teacher says, tomorrow “might be an experience that changes your entire life.”

Eric Walters, a former elementary-school teacher, began writing as a way to encourage his students to become more enthusiastic about literature. His many works include Camp X, Royal Ransom, and Run. His novels have won numerous awards including the Silver Birch, Blue Heron, Red Maple, Snow Willow and Ruth Schwartz awards and have received honours from the Canadian Library Association Book of the Year and UNESCO’s international award for Literature in Service of Tolerance. He lives in Mississauga, Ontario.

"Realistic, frightening, and heartbreaking.... A novel that is compelling and emotionally wringing."--Quill & Quire

This feature require that you enable JavaScript in your browser.
END_OF_DOCUMENT_TOKEN_TO_BE_REPLACED

This feature require that you enable JavaScript in your browser.
END_OF_DOCUMENT_TOKEN_TO_BE_REPLACED

This feature require that you enable JavaScript in your browser.
END_OF_DOCUMENT_TOKEN_TO_BE_REPLACED