The Lives of Margaret Fuller: A Biography (Hardcover) 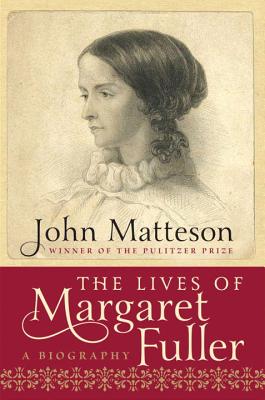 From the Pulitzer Prize-winning biographer John Matteson, an account of the "Susan Sontag" of nineteenth-century America.

A brilliant writer and a fiery social critic, Margaret Fuller (1810–1850) was perhaps the most famous American woman of her generation. Outspoken and quick-witted, idealistic and adventurous, she became the leading female figure in the transcendentalist movement, wrote a celebrated column of literary and social commentary for Horace Greeley’s newspaper, and served as the first foreign correspondent for an American newspaper. While living in Europe she fell in love with an Italian nobleman, with whom she became pregnant out of wedlock. In 1848 she joined the fight for Italian independence and, the following year, reported on the struggle while nursing the wounded within range of enemy cannons. Amid all these strivings and achievements, she authored the first great work of American feminism: Woman in the Nineteenth Century. Despite her brilliance, however, Fuller suffered from self-doubt and was plagued by ill health. John Matteson captures Fuller’s longing to become ever better, reflected by the changing lives she led.

John Matteson was awarded the Pulitzer Prize for Biography for Eden’s Outcasts and the Ann M. Sperber Prize for The Lives of Margaret Fuller. A Distinguished Professor of English at John Jay College of Criminal Justice, he lives in the Bronx.

The great strength of John Matteson’s biography lies in his ability to place Margaret Fuller against the social milieu that both made her possible and got in her way. We see, as never before, a life constantly moving onto new ground.
— Robert Ferguson, author of The American Enlightenment

In the title of his well-written book, Matteson refers to the "lives" of Margaret Fuller because, he explains, she continually reinvented herself over the course of her lifetime.
— Mary Beth Norton, author of Separated by Their Sex: Women in Public and Private in the Colonial Atlantic World