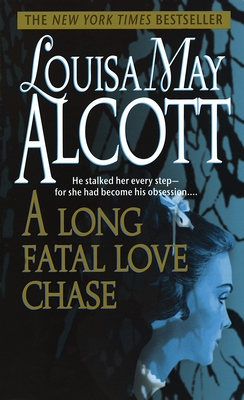 By Louisa May Alcott
$7.99
Special Order - may be out of print

"I'd gladly sell my soul to Satan for a year of freedom," cries impetuous Rosamond Vivian to her callous grandfather. Then, one stormy night, a brooding stranger appears in her remote island home, ready to take Rosamond to her word. Spellbound by the mysterious Philip Tempest, Rosamond is seduced with promises of love and freedom, then spirited away on Tempest's sumptuous yacht. But she soon finds herself trapped in a web of intrigue, cruelty, and deceit. Desperate to escape, she flees to Italy, France, and Germany, from Parisian garret to mental asylum, from convent to chateau, as Tempest stalks every step of the fiery beauty who has become his obsession.

A story of dark love and passionate obsession that was considered "too sensational" to be published in the authors lifetime, A Long Fatal Love Chase was written for magazine serialization in 1866, two years before the publication of Little Women. Buried among Louisa May Alcott's papers for more than a century, its publication is a literary landmark—a novel that is bold, timeless, and mesmerizing."

"A suspenseful and thoroughly charming story...and it tends to confirm Alcott's position as the country's most articulate 19th-century feminist."—Stephen King, The New York Times Book Review

"Sensational in every sense of the word: filled with exotic locations, lusty appetites and page-turning treachery."— Seattle Times

"A tale of obsessive love, stalking and murder that seems ripped right off today's tabloids."—USA Today

"Intriguing...Alcott's tale of obsession and sexual politics deepens our appreciation for her championing of women's rights and for her extraordinary storytelling skills."—Booklist

"There's something utterly refreshing about getting a glimpse of Alcott letting her hair down...A Long Fatal Love Chase gives us a glimpse of the wild, free creature Alcott the writer must have longed to be...the book is lively, so exuberant, and so naughty, reading it is like biting into a juicy peach."—Boston Phoenix

This feature require that you enable JavaScript in your browser.
END_OF_DOCUMENT_TOKEN_TO_BE_REPLACED

This feature require that you enable JavaScript in your browser.
END_OF_DOCUMENT_TOKEN_TO_BE_REPLACED

This feature require that you enable JavaScript in your browser.
END_OF_DOCUMENT_TOKEN_TO_BE_REPLACED