Who Is Wayne Gretzky? (Who Was?) (Paperback) 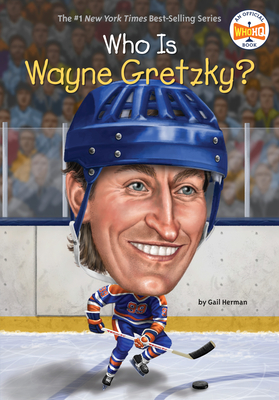 After breaking or tying more than sixty records in hockey, it's no wonder that Wayne Gretzky is known as "The Great One." Born in Brantford, Ontario, on January 26, 1961, in a nation obsessed with the sport, he threw himself into the game practically from the time he first laced up a pair of skates. When he retired from the NHL in 1999, he had led several teams to Stanley Cup victories, competed in the Olympics, and changed the way hockey was played forever. Known for his love for family and as a truly decent human being, Wayne Gretzky is revealed as more than a sports legend in this easy-to-read biography.

Gail Herman has written several biographies for young readers, including Who Was Davy Crockett? and Who Was Jackie Robinson?

This feature require that you enable JavaScript in your browser.
END_OF_DOCUMENT_TOKEN_TO_BE_REPLACED

This feature require that you enable JavaScript in your browser.
END_OF_DOCUMENT_TOKEN_TO_BE_REPLACED

This feature require that you enable JavaScript in your browser.
END_OF_DOCUMENT_TOKEN_TO_BE_REPLACED