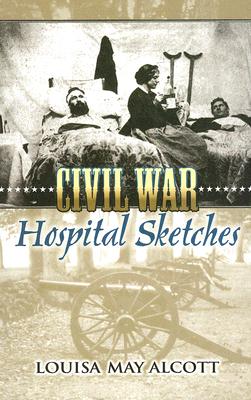 By Louisa May Alcott
$6.95
usually available in 5-10 days
(This is a special order book which cannot be returned.)

Before her wider fame as the author of Little Women, Louisa May Alcott achieved recognition for her accounts of her work as a volunteer nurse in an army hospital. Written during the winter of 1862-63, her lively dispatches appeared in the newspaper Commonwealth, where they were eagerly read by soldiers' friends and families. Then, as now, these chronicles revealed the desperate realities of battlefield medicine as well as the tentative first steps of women in military service.
Writing under a pseudonym, Alcott recounted the vicissitudes of her two-day journey from her home in Concord, Massachusetts, to Washington, D.C. A fiery baptism in the practice of nursing awaited her at Washington Hospital, were she arrived immediately after the slaughter of the Army of the Potomac at the battle of Fredericksburg. Alcott's rapidly paced prose graphically depicts the facts of hospital life, deftly balancing pathos with gentle humor. A vivid and truthful portrait of an often overlooked aspect of the Civil War, this book remains among the most illuminating reports of the era's medical practices as well as a moving testimonial to the war's human cost.

This feature require that you enable JavaScript in your browser.
END_OF_DOCUMENT_TOKEN_TO_BE_REPLACED

This feature require that you enable JavaScript in your browser.
END_OF_DOCUMENT_TOKEN_TO_BE_REPLACED

This feature require that you enable JavaScript in your browser.
END_OF_DOCUMENT_TOKEN_TO_BE_REPLACED