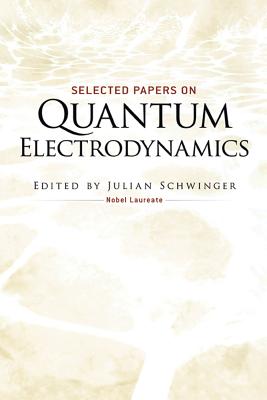 This monumental collection of thirty-four historical papers on quantum electrodynamics features contributions from the twentieth century's leading physicists: Dyson, Fermi, Feynman, Foley, Heisenberg, Klein, Oppenheimer, Pauli, Weisskopf, and others. The papers were edited by Julian Schwinger, who won a Nobel Prize for his pioneering work in this very topic.
Physicists, mathematicians, electromagnetic engineers, and students of the history and philosophy of science will find much of permanent value in these essays. Reports range from initial successes to the first signs of crisis, followed by the stimulus of experimental discovery and new triumphs that led to an unparalleled quantitative accord between theory and experiment. The compilation concludes with the vision of quantum electrodynamics as part of the larger subject of the theory of elementary particles, faced with fundamental problems as well as the future prospect of even more revolutionary discoveries.

One of the great 20th-century physicists, Julian Schwinger (1918-94) is best remembered for his work on the theory of quantum electrodynamics, the very topic of this text. He won the Nobel Prize in Physics in 1965, along with Richard Feynman and Shinichiro Tomonaga, for their work on quantum electrodynamics.

This feature require that you enable JavaScript in your browser.
END_OF_DOCUMENT_TOKEN_TO_BE_REPLACED

This feature require that you enable JavaScript in your browser.
END_OF_DOCUMENT_TOKEN_TO_BE_REPLACED

This feature require that you enable JavaScript in your browser.
END_OF_DOCUMENT_TOKEN_TO_BE_REPLACED