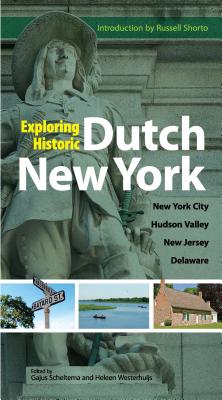 The Dutch spirit of diversity, tolerance, and entrepreneurship still echoes across our city streets today. This guide will highlight the history of the early settlements of these new world pioneers as well as the incredible impact they had, and still have, on the world's greatest city. -- Michael R. Bloomberg, former Mayor, City of New York
This comprehensive guide to touring important sites of Dutch history serves as an engrossing cultural and historical reference. A variety of internationally renowned scholars explore Dutch art in the Metropolitan Museum, Dutch cooking, Dutch architecture, Dutch immigration in the nineteenth and twentieth centuries, English words of Dutch origin, Dutch furniture and antiques, and much more. Color photographs and maps throughout.
An expansive guidebook inspired by the Henry Hudson quadricentennial and accompanied by informative essays. -- The New York Times

Dutch diplomat Hugo Gajus Scheltema was Consul General of the Kingdom of the Netherlands in New York from 2007 to 2011. He coordinated Dutch participation in the city's NY 400 celebrations and is the author of several publications on art, archeology, and politics. Heleen Westerhuijs is Director of Dutch New York Projects at the Citgo Group of Companies, New York. Russell Shorto (Introduction) is Director of the John Adams Institute in Amsterdam, a contributing writer to TheNew York Times Magazine, and the author of several books, including The Island at the Center of the World: The Epic Story of Dutch Manhattan and The Forgotten Colony That Shaped America.

This feature require that you enable JavaScript in your browser.
END_OF_DOCUMENT_TOKEN_TO_BE_REPLACED

This feature require that you enable JavaScript in your browser.
END_OF_DOCUMENT_TOKEN_TO_BE_REPLACED

This feature require that you enable JavaScript in your browser.
END_OF_DOCUMENT_TOKEN_TO_BE_REPLACED