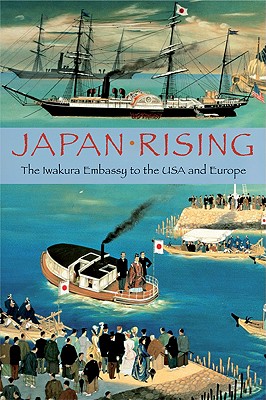 In 1871 Japan sent a high-ranking delegation to the USA and Europe, to negotiate treaties and trading agreements and to investigate how it might modernise its political and economic institutions. Led by the Foreign Minister Prince Tomomi Iwakura, the 'embassy' of politicians, courtiers and officials travelled extensively around the USA for eight months, before spending a further year examining the British manufacturing industry, German armaments and French culture. The Iwakura Embassy helped change the course of Japanese history, for the official report of this journey, compiled by Prince Iwakura's personal secretary, the Confucian scholar Kunitake Kume, was to play a key role in Japan's transformation into a modern industrial nation. The report was translated into English in five large volumes in 2002. This carefully prepared abridgement makes it accessible to a wider range of scholars and students, and to all who are interested in the remarkable rise of modern Japan.

This feature require that you enable JavaScript in your browser.
END_OF_DOCUMENT_TOKEN_TO_BE_REPLACED

This feature require that you enable JavaScript in your browser.
END_OF_DOCUMENT_TOKEN_TO_BE_REPLACED

This feature require that you enable JavaScript in your browser.
END_OF_DOCUMENT_TOKEN_TO_BE_REPLACED