Ancient Scholars about the Turks and the Turkic Nations (Paperback) 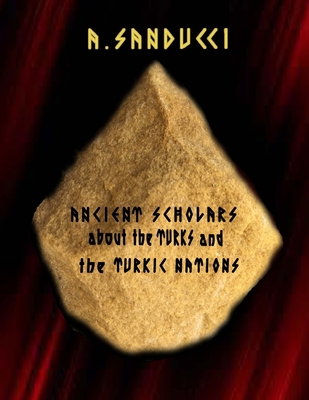 Primarily based on the genetic findings, backed by the archeological, historical, linguistic facts and testimonies of the ancient scholars, historians, and geographers, this work brings a fresh perspective into a stagnated view of the Turkic nations and their past.

The book has an abundance of new discoveries about many historical facts and artifacts, including the Median text of the Behistun inscription, the ancient Armenians and their Phrygian language, the origins of Alexander the Great, Hercules, and Achilles, the participants of the Trojan War.

The research provides an extensive analysis of the ancient Turkic alphabet in comparison to 18 other ancient scripts, and puts in full display Turkic symbols, called Tamga, detected worldwide from Gobekli Tepe to Native American artifacts, and discusses the true architects of the Kurgan culture that became a worldwide cultural phenomenon.

This feature require that you enable JavaScript in your browser.
END_OF_DOCUMENT_TOKEN_TO_BE_REPLACED

This feature require that you enable JavaScript in your browser.
END_OF_DOCUMENT_TOKEN_TO_BE_REPLACED

This feature require that you enable JavaScript in your browser.
END_OF_DOCUMENT_TOKEN_TO_BE_REPLACED