In Our Time (Vintage Classics) (Paperback) 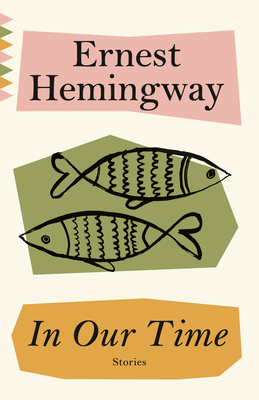 A Vintage Classics edition of the early collection of short fiction that first established Ernest Hemingway's reputation, including several of his most loved stories

Ernest Hemingway, winner of the Nobel Prize in Literature in 1954, did more to change the style of fiction in English than any other writer of his time with his economical prose and terse, declarative sentences that conceal more than they reveal. In Our Time, published in 1925, was the collection that first drew the world's attention to Hemingway. Besides revealing his versatility as a writer and throwing fascinating light on the themes of his major novels--war, love, heroism, and renunciation--this collection contains many stories that are lasting achievements in their own right, including the Nick Adams stories "Indian Camp," "The Doctor and the Doctor's Wife," "The Three-Day Blow," "The Battler," and "Big Two-Hearted River."

ERNEST HEMINGWAY (1899-1961) was born in Illinois and began his career as a reporter before enlisting as an ambulance driver at the Italian front in World War I. Hemingway and his first (of four) wives lived in Paris in the 1920s, as part of the "Lost Generation" exapatriate community, before moving to Key West, Florida, and later to Cuba. Known first for short stories, his literary reputation was further enhanced by his novels, including A Farewell to Arms, For Whom the Bell Tolls, The Sun Also Rises, and The Old Man and the Sea.

This feature require that you enable JavaScript in your browser.
END_OF_DOCUMENT_TOKEN_TO_BE_REPLACED

This feature require that you enable JavaScript in your browser.
END_OF_DOCUMENT_TOKEN_TO_BE_REPLACED

This feature require that you enable JavaScript in your browser.
END_OF_DOCUMENT_TOKEN_TO_BE_REPLACED