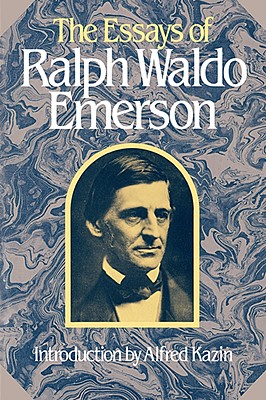 Ralph Waldo Emerson, Alfred Kazin observes in his Introduction, "was a great writer who turned the essay into a form all his own." His celebrated essays--the twelve published in Essays: First Series (1841) and eight in Essays: Second Series (1844)--are here presented for the first time in an authoritative one-volume edition, which incorporates all the changes and corrections Emerson made after their initial publication.

The text is reproduced from the second and third volumes of The Collected Works of Ralph Waldo Emerson, a critical edition which draws on the vast body of Emerson scholarship of the last half century. Alfred R. Ferguson was founding editor of the edition, followed by Joseph Slater (until 1996).

This feature require that you enable JavaScript in your browser.
END_OF_DOCUMENT_TOKEN_TO_BE_REPLACED

This feature require that you enable JavaScript in your browser.
END_OF_DOCUMENT_TOKEN_TO_BE_REPLACED

This feature require that you enable JavaScript in your browser.
END_OF_DOCUMENT_TOKEN_TO_BE_REPLACED