Across The River And Into The Trees (Paperback) 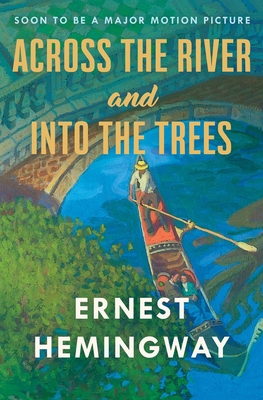 A poignant tale of a revitalizing love that is found too late—the fleeting connection between an Italian countess and an injured American colonel inspires light and hope, while only darkness lies ahead.

In the fall of 1948, Ernest Hemingway made his first extended visit to Italy in thirty years. His reacquaintance with Venice, a city he loved, provided the inspiration for Across the River and into the Trees, the story of Richard Cantwell, a war-ravaged American colonel stationed in Italy at the close of the Second World War, and his love for a young Italian countess.

A bittersweet homage to love that overpowers reason, to the resilience of the human spirit, and to the world-weary beauty and majesty of Venice, Across the River and into the Trees stands as Hemingway's statement of defiance in response to the great dehumanizing atrocities of the Second World War.

This feature require that you enable JavaScript in your browser.
END_OF_DOCUMENT_TOKEN_TO_BE_REPLACED

This feature require that you enable JavaScript in your browser.
END_OF_DOCUMENT_TOKEN_TO_BE_REPLACED

This feature require that you enable JavaScript in your browser.
END_OF_DOCUMENT_TOKEN_TO_BE_REPLACED