The Autobiography Manuscript of Major Amos Stoddard (Deluxe Edition with Color Illustrations): Edited and with an Introduction by Robert A. Stoddard (Paperback) 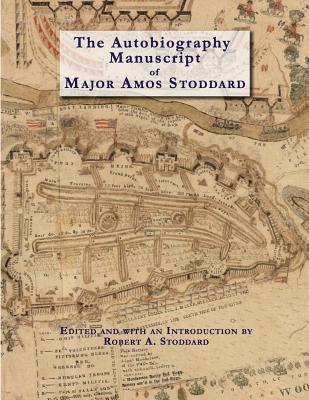 The Autobiography Manuscript of Major Amos Stoddard is part biography, and part autobiography. It is the story of the life and times of Major Amos Stoddard, the first civil commandant and governor of Upper Louisiana. Amos Stoddard tragically died at the siege of Fort Meigs (Ohio) during the War of 1812. His biography is provided as an introduction by the editor. This introduction provides the most complete and comprehensive account of the life of Major Amos Stoddard ever published. The introduction is followed by a typescript of his unfinished, handwritten manuscript autobiography, penned in 1812 prior to his death, which was recovered from his military chest in 1850 and which has languished in archive obscurity for the past 165 years. This typescript is provided in its entirety for the first time since it was written over 200 years ago. The typescript is highly noted and provides extensive detail and explanation of the content of autobiography manuscript.

Amos Stoddard was (seemingly) the Forest Gump of his time. He was witness to many of history's best (and least) known events. He crossed paths with many of the most important (and some of the most despicable) figures in American history. A narrative written by Joseph Plumb Martin in 1830, nearly fifty years after the end of the Revolutionary War, titled, A Narrative of some of the Adventures, Danger and Suffering of a Revolutionary Soldier, is considered by some to be the best account of the American Revolution ever written by an ordinary soldier. However, now, another young volunteer from Massachusetts, Amos Stoddard, gives us from memory, and without the use of notes or a diary, the story of his participation in that struggle. He relates his sufferings as a teenager not yet conditioned to the hardships and deprivations of revolutionary-era military camp life, and of his attendance at some of that war's most significant events. He also provides the best first-hand account ever documented of a few of the armed skirmishes between Massachusetts state militia forces and rebel insurgents during Shays' Rebellion. He goes on to describe how a young man, with only a basic education, and who had never known independent civilian life, after being abruptly discharged from military service and thrown into a civil society in considerable disarray, finds his way to learning a skill, pursuing an education, earning a highly-respectable civilian occupation, and ultimately leaving his mark on history. He provides us a chronicle of international travel in the 18th century and the story of an unscrupulous swindle that resulted while in pursuit of securing a family estate. He also shares his intellectual interest in the political discourse of the time, and provides a comical tale mocking an Englishman for his audacity in placing an advertisement for a wife.

This edition is the 8.5 x 11 "Deluxe Edition with Color Illustrations." A smaller, 6 x 9, "Standard Edition," is also available on Amazon.com.

This feature require that you enable JavaScript in your browser.
END_OF_DOCUMENT_TOKEN_TO_BE_REPLACED

This feature require that you enable JavaScript in your browser.
END_OF_DOCUMENT_TOKEN_TO_BE_REPLACED

This feature require that you enable JavaScript in your browser.
END_OF_DOCUMENT_TOKEN_TO_BE_REPLACED