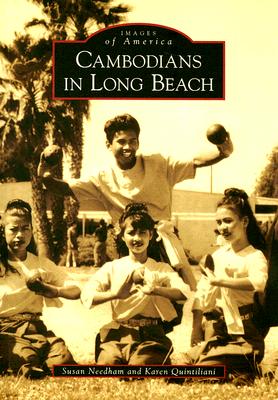 A relatively new immigrant group in the United States, Cambodians arrived in large numbers only after the 1975 U.S. military withdrawal from Southeast Asia. The region's resulting volatility included Cambodia's overthrow by the brutal Khmer Rouge. The four-year reign of terror by these Communist extremists resulted in the deaths of an estimated two million Cambodians in what has become known as the killing fields. Many early Cambodian evacuees settled in Long Beach, which today contains the largest concentration of Cambodians in the United States. Later arrivals, survivors of the Khmer Rouge trauma, were drawn to Long Beach by family and friends, jobs, the coastal climate, and access to the Port of Long Beach's Asian imports. Long Beach has since become the political, economic, and cultural center of activities influencing Cambodian culture in the diaspora as well as Cambodia itself.

This feature require that you enable JavaScript in your browser.
END_OF_DOCUMENT_TOKEN_TO_BE_REPLACED

This feature require that you enable JavaScript in your browser.
END_OF_DOCUMENT_TOKEN_TO_BE_REPLACED

This feature require that you enable JavaScript in your browser.
END_OF_DOCUMENT_TOKEN_TO_BE_REPLACED