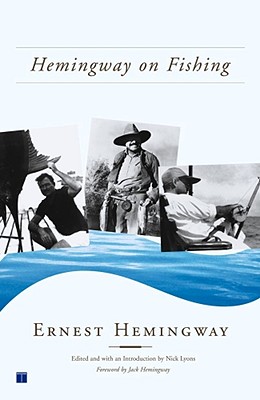 The first and only collection of the Nobel Prize-winning author’s writings on America's great passion—fishing—introduced and edited by Nick Lyons with a foreword by Jack Hemingway.

From childhood on, Ernest Hemingway was a passionate fisherman. He fished the lakes and creeks near the family’s summer home at Walloon Lake, Michigan, and his first stories and pieces of journalism were often about his favorite sport. Here, collected for the first time in one volume, are all of his great writings about the many kinds of fishing he did—from angling for trout in the rivers of northern Michigan to fishing for marlin in the Gulf Stream.

In A Moveable Feast, Hemingway speaks of sitting in a café in Paris and writing about what he knew best—and when it came time to stop, he “did not want to leave the river.” The story was the unforgettable classic, “Big Two-Hearted River,” and from its first words we do not want to leave the river either. He also wrote articles for the Toronto Star on fishing in Canada and Europe and, later, articles for Esquire about his growing passion for big-game fishing. His last books, The Old Man and the Sea and Islands in the Stream, celebrate his vast knowledge of the ocean and his affection for its great denizens.

Hemingway on Fishing is an encompassing, diverse, and fascinating collection. From the early Nick Adams stories and the memorable chapters on fishing the Irati River in The Sun Also Rises to such late novels as Islands in the Stream, this collection traces the evolution of a great writer's passion; the range of his interests; the sure use he made of fishing, transforming it into the stuff of great literature.

Anglers and lovers of great writing alike will welcome this important collection.

Hemingway's best writing on fishing. It is what Hemingway loved most. —Chicago Tribune

He wrote beautifully about fishing....It is wonderful to see the good stuff again and to be reminded of just how good it was. —American Way magazine

This feature require that you enable JavaScript in your browser.
END_OF_DOCUMENT_TOKEN_TO_BE_REPLACED

This feature require that you enable JavaScript in your browser.
END_OF_DOCUMENT_TOKEN_TO_BE_REPLACED

This feature require that you enable JavaScript in your browser.
END_OF_DOCUMENT_TOKEN_TO_BE_REPLACED