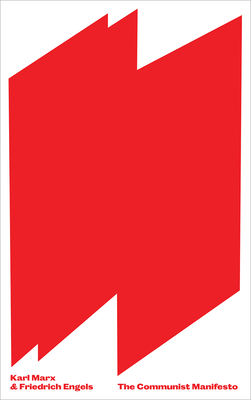 “Workers of the world, Unite!”

With these words, concludes one of the world's most influential political texts—The Communist Manifesto. Surviving through countless decades of revolution and counter-revolution, Karl Marx and Friedrich Engels’ work remains as relevant today as it was in 1848, providing a rallying cry for people struggling under conditions of economic oppression worldwide.

Fiery and provocative, The Communist Manifesto has been a call-to-arms for everyone engaged in the movement to expose and overthrow the broken and exploitative capitalist system. This beautiful collectible edition includes a new introduction by Jodi Dean and a new foreword by David Harvey. Published to coincide with the centenary of the Russian Revolution, which it inspired, the Manifesto will continue to ignite a new generation struggling under the weight of debt and global financial crisis.

This feature require that you enable JavaScript in your browser.
END_OF_DOCUMENT_TOKEN_TO_BE_REPLACED

This feature require that you enable JavaScript in your browser.
END_OF_DOCUMENT_TOKEN_TO_BE_REPLACED

This feature require that you enable JavaScript in your browser.
END_OF_DOCUMENT_TOKEN_TO_BE_REPLACED