The Vikings: From Odin to Christ (Hardcover) 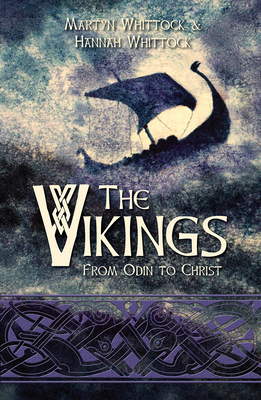 The popular image of the Vikings is of tall red-headed men, raping and pillaging their way around the coast of Europe, stopping only to ransack monasteries and burn longships. But the violent Vikings of the 8th century became the pious Christians of the 11th century, who gave gold crosses to Christian churches and in whose areas of rule pagan idols were destroyed and churches were built. So how did this radical transformation happen, and why? What difference did it make to the Vikings, and to those around them, and what is their legacy today? This book takes a 'global' look at this key period in Viking history, exploring all the major areas of Viking settlement. Written to be an accessible and engaging overview for the general reader.

Hannah Whittock has an MPhil from Cambridge in Anglo-Saxon, Norse and Celtic studies. She has co-written three books on Viking and Anglo-Saxon history and has written journal articles on Anglo-Saxon frontiers and coinage produced during the Viking Wars. She reads Old English and Old Norse. She co-wrote The Vikings with Martyn Whittock.

This feature require that you enable JavaScript in your browser.
END_OF_DOCUMENT_TOKEN_TO_BE_REPLACED

This feature require that you enable JavaScript in your browser.
END_OF_DOCUMENT_TOKEN_TO_BE_REPLACED

This feature require that you enable JavaScript in your browser.
END_OF_DOCUMENT_TOKEN_TO_BE_REPLACED