Sweden, the Swastika and Stalin: The Swedish Experience in the Second World War (Societies at War) (Paperback) 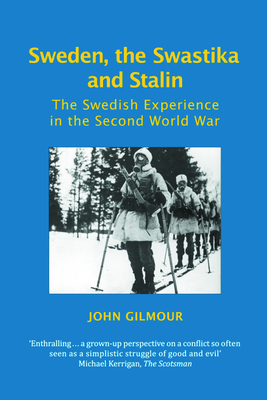 This book fills a gap in the existing literature on the Second World War by covering the range of challenges, threats, issues, dilemmas, and changes faced and dealt with by Sweden during the conflict.Interest in Sweden's wartime experiences has increased due to its post-war profile as a neutral that both allowed German troops to transit through its territory and also carried on trading with the Nazi regime during the holocaust years. Many misconceptions and false impressions have arisen and persisted as a result of deliberate misinformation and concealment by all sides during that time. Readers of this book will gain a fresh, broad view of the period, personalities and problems from a Swedish orientation.

John Gilmour teaches modern Scandinavian history and specialises in Scandinavia and the Second World War. From an initial research interest in the British wartime relationship with Sweden, he has broadened his scope to cover events in the occupied countries of Norway and Denmark; the German co-belligerent of Finland; and the committed neutral, Sweden.

This feature require that you enable JavaScript in your browser.
END_OF_DOCUMENT_TOKEN_TO_BE_REPLACED

This feature require that you enable JavaScript in your browser.
END_OF_DOCUMENT_TOKEN_TO_BE_REPLACED

This feature require that you enable JavaScript in your browser.
END_OF_DOCUMENT_TOKEN_TO_BE_REPLACED