Blood Roses: The Houses of Lancaster and York Before the Wars of the Roses (Paperback) 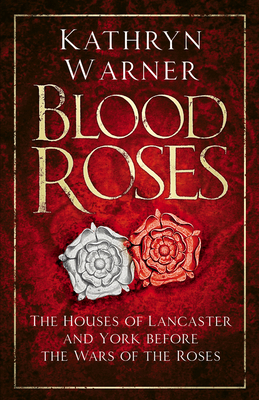 The Wars of the Roses didn’t start on the battlefield: Blood Roses traces it back to the beginning. Starting in 1245 with the founding of the House of Lancaster, Kathryn Warner follows a twisted path of political intrigue, bloody war, and fascinating characters over 200 years. From the Barons’ Wars to the overthrowing of Edward II, Eleanor of Castile to Isabella of France, and true love to Loveday, Blood Roses reframes some of the biggest events of the medieval era—not as stand-alone conflicts, but as part of a long-running family feud that would have drastic consequences.

Kathryn Warner has been an expert on the reign of Edward II for more than ten years and is recognized as one of the country’s leading medieval historians. Long Live the King: The Mysterious Fate of Edward II, her previous book for The History Press, challenged the historical orthodoxy around Edward’s death. She writes on edwardthesecond.blogspot.com.

This feature require that you enable JavaScript in your browser.
END_OF_DOCUMENT_TOKEN_TO_BE_REPLACED

This feature require that you enable JavaScript in your browser.
END_OF_DOCUMENT_TOKEN_TO_BE_REPLACED

This feature require that you enable JavaScript in your browser.
END_OF_DOCUMENT_TOKEN_TO_BE_REPLACED