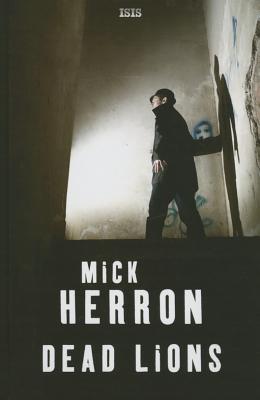 London's Slough House is where disgraced MI5 spies go to while away what's left of their washed-up careers. Now they have a chance at redemption. An old Cold War-era spy is found dead on a bus outside Oxford, far from his usual haunts. Slough House's head honcho, the despicable, irascible Jackson Lamb is convinced Dickie Bow was murdered. As the agents dig into the circumstances, they uncover a shadowy tangle of ancient Cold War secrets that seem to lead back to a man named Alexander Popov, who is either a Soviet bogeyman or the most dangerous man in the world. How many more people will have to die to keep those secrets buried?

Mick Herron was born in Newcastle and has a degree in English from Balliol College, Oxford. He is the author of two books in the Slough House series, "Slow""Horses "and "Dead Lions," as well as a mystery series set in Oxford. He now lives in Oxford and works in London. "From the Hardcover edition."

This feature require that you enable JavaScript in your browser.
END_OF_DOCUMENT_TOKEN_TO_BE_REPLACED

This feature require that you enable JavaScript in your browser.
END_OF_DOCUMENT_TOKEN_TO_BE_REPLACED

This feature require that you enable JavaScript in your browser.
END_OF_DOCUMENT_TOKEN_TO_BE_REPLACED