Whiteness in Puerto Rico: Translation at a Loss (Hardcover) 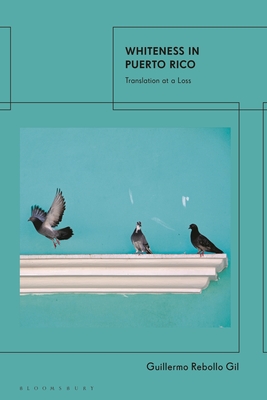 The issue of race in Puerto Rico has, historically and institutionally, been presented as a non-issue, with the majority of Puerto Ricans identifying as white in the US census. As a result, pervasive racial discrimination against Afro-Puerto Ricans has largely been, and continues to be, left unattended.

In this book Guillermo R. Gil examines the social construction of whiteness on the island, using the study of American racism to inform his analysis of Puerto Rican racism and the two culturally distinct, yet intrinsically linked, spaces to study whiteness. Examining the work of Puerto Rican activists, writers and artists, Gil documents the ways in which whiteness shapes and informs Puerto Rican cultural producers while simultaneously being challenged by them. Cross-disciplinary in approach, Notes on Whiteness in Puerto Rico speaks to the present political moment in a country marked by austerity, disaster capitalism and protest.

This feature require that you enable JavaScript in your browser.
END_OF_DOCUMENT_TOKEN_TO_BE_REPLACED

This feature require that you enable JavaScript in your browser.
END_OF_DOCUMENT_TOKEN_TO_BE_REPLACED

This feature require that you enable JavaScript in your browser.
END_OF_DOCUMENT_TOKEN_TO_BE_REPLACED