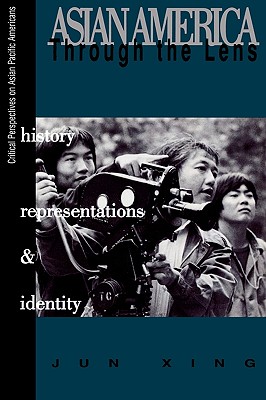 By Jun Xing
Email or call for price.

While some Asian American films and filmmakers are beginning to achieve acclaim in mainstream U.S. culture, neither academic scholars nor society as a whole has sufficiently taken account of the history of this rich and growing body of cinematic production. In Asian America Through the Lens, Jun Xing accomplishes the colossal task of surveying Asian American cinema for the first time, allowing its aesthetic, cultural, and political diversity and continuities to emerge. Unique insight into Asian American experience in both mainstream and alternative film production is provided by textual analysis as well as by the voices of filmmakers and actors themselves. With constant attention to the specificities of Asian American histories and cultures, Xing engages a broad range of issues and theoretical perspectives, drawing insight from such bodies of scholarship as African American and Latino film studies, Marxian cultural theory, ethnic studies and the politics of representation, and post-structuralist and feminist discourses.

Jun Xing is Professor of Ethnic Studies and Director of the Difference, Power and Discrimination Program at Oregon State University. Trained as a cultural historian, he specializes in U.S. immigration history, American ethnicity, popular culture, and the history of cultural relations between the United States and East Asia. Dr. Xing is the author of Reversing the Lens: Ethnicity, Race, Gender and Sexuality through Film, and Baptized in the Fire of Revolution: The American Social Gospel and the YMCA in China, 1919-1937.

This feature require that you enable JavaScript in your browser.
END_OF_DOCUMENT_TOKEN_TO_BE_REPLACED

This feature require that you enable JavaScript in your browser.
END_OF_DOCUMENT_TOKEN_TO_BE_REPLACED

This feature require that you enable JavaScript in your browser.
END_OF_DOCUMENT_TOKEN_TO_BE_REPLACED