Buffalo Calf Road Woman: The Story of a Warrior of the Little Bighorn (Paperback) 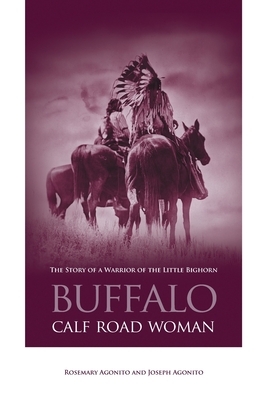 Winner of the Western Heritage Award for "Outstanding Western Novel" 2005 As the Cheyenne fought that June day in 1876, warrior Comes in Sight faced grave danger. His horse had been shot out from under him, and he was left stranded on the battlefield. Suddenly, a rider galloped through enemy fire, pulled Comes in Sight onto the back of her horse, and spirited him to safety. It was Buffalo Calf Road Woman-the warrior's own sister. While white men refer to this clash as the Battle of the Rosebud, the Cheyenne know it as the battle, "Where the Girl Saved Her Brother." Days later, Buffalo Calf fought at the Battle of Little Bighorn-the only woman to do so. And now a controversy is brewing over her role in that battle: Did Buffalo Calf strike the fatal blow that killed Custer? In this award-winning novel, authors Rosemary Agonito and Joseph Agonito depict the life and times of this brave young woman and the devastating effects of white man's westward migration. Based on true events, this epic tale of love and war is an inspiring journey through one of history's most moving sagas.

Rosemary Agonito is the author of five books and many articles and has lectured widely on women's history and issues. Joseph Agonito is a specialst in the Plains Indians and has been honored for his original research on Native Americans. The Agonitos have traveled extensively in the West, visiting sites of Cheyenne history depicted in this book.

This feature require that you enable JavaScript in your browser.
END_OF_DOCUMENT_TOKEN_TO_BE_REPLACED

This feature require that you enable JavaScript in your browser.
END_OF_DOCUMENT_TOKEN_TO_BE_REPLACED

This feature require that you enable JavaScript in your browser.
END_OF_DOCUMENT_TOKEN_TO_BE_REPLACED