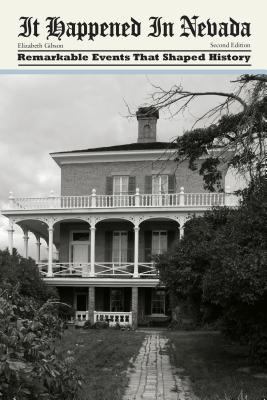 From Las Vegas to Carson City to Reno and beyond, Nevada has seen more than its share of remarkable events over the centuries, many stranger than fiction. It Happened in Nevada goes behind the scenes to tell its story, in short episodes that reveal the intriguing people and circumstances that have shaped the Silver State and, indeed, America. Learn how one man's banishment from the Donner Party into the wilderness may have saved his life. Ride along with "Pony Bob" Haslam, one of the most fearless Pony Express riders there ever was. Read how Mark Twain's journalistic sojourn in Virginia City may have landed him in trouble but kicked off a luminous literary career. Get a roadside seat to watch Operation Ranger, the atomic tests of 1951 that were practically promoted as tourist attractions. Crash the strange and celebrated Las Vegas wedding of Elvis Presley and Priscilla Beaulieu. Written in a lively, easy-to-read style, this book features 30 stories written for history buffs of all ages.

Elizabeth Gibson got hooked on reading and writing at about the age of thirteen. She became interested in history when she read the Bicentennial Series by John Jakes. In college, she combined these interests as she pursued a double major in English and history. Elizabeth began a career as a freelancer when she researched place name origins in eastern Washington. Her articles have appeared in several local publications and online, and she has written five books about the American West. She has worked as a technical writer for a government contractor for more than fifteen years. Elizabeth lives in Kennewick, Washington.

This feature require that you enable JavaScript in your browser.
END_OF_DOCUMENT_TOKEN_TO_BE_REPLACED

This feature require that you enable JavaScript in your browser.
END_OF_DOCUMENT_TOKEN_TO_BE_REPLACED

This feature require that you enable JavaScript in your browser.
END_OF_DOCUMENT_TOKEN_TO_BE_REPLACED