What-the-Dickens: The Story of a Rogue Tooth Fairy (Hardcover) 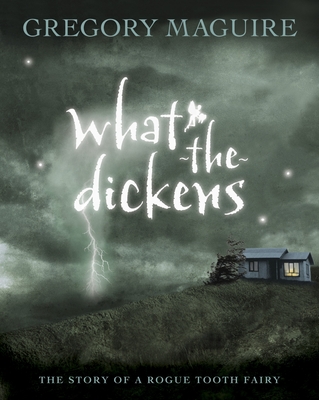 By Gregory Maguire
$15.99
Special Order - may be out of print

"Gregory Maguire does for the dark and stormy night what he did for witches in Wicked." — The New York Times Book Review

A terrible storm is raging, and Dinah is huddled by candlelight with her brother, sister, and cousin Gage, who is telling a very unusual tale. It’s the story of What-the-Dickens, a newly hatched orphan creature who finds he has an attraction to teeth, a crush on a cat named McCavity, and a penchant for getting into trouble. One day he happens upon a feisty girl skibberee working as an Agent of Change — trading coins for teeth — and learns of a dutiful tribe of tooth fairies to which he hopes to belong. As his tale unfolds, however, both What-the-Dickens and Dinah come to see that the world is both richer and far less sure than they ever imagined.

This feature require that you enable JavaScript in your browser.
END_OF_DOCUMENT_TOKEN_TO_BE_REPLACED

This feature require that you enable JavaScript in your browser.
END_OF_DOCUMENT_TOKEN_TO_BE_REPLACED

This feature require that you enable JavaScript in your browser.
END_OF_DOCUMENT_TOKEN_TO_BE_REPLACED