The Interrogator: The Story of Hanns-Joachim Scharff, Master Interrogator of the Luftwaffe (Schiffer Military History) (Hardcover) 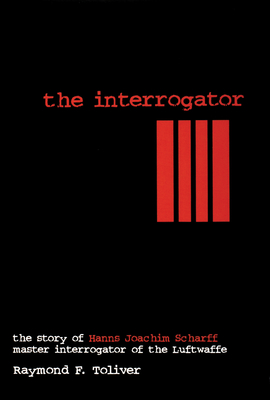 This is the story of Hanns Scharff the master interrogator of the Luftwaffe who questioned captured American fighter pilots of the USAAF Eighth and Ninth Air Forces in World War II. This Intelligence Officer gained the reputation as the man who could magically get all the answers he needed from the prisoners of war. In most cases the POWs being interrogated never realized that their words, small talk or otherwise, were important pieces of the mosaic Hanns Scharff was constructing for the benefit of Germany\s war effort. In the words of one erstwhile POW; What did Scharff get from me? Nothing, yet there is no doubt he got something. If you talked about the weather or anything else he no doubt got some information or confirmation from it. His technique was psychic, not physical. Another POW commented, Hanns Scharff could probably get a confession of infidelity from a Nun They are right. To this day ex-POWs fret and worry over what they said or even might have implied during their interrogations, and over what use Scharff may have made of their slip-ups. This book delves into the question: What was this magic spell or formula used by Scharff which made prisoners drop their guard and converse with him even though they are conditioned to remain silent? The tortures and savagery of the North Koreans and North Vietnamese caused prisoners to resist to the death. Hanns Scharff\s methods broke down barriers so effectively that the USAF invited him to speak about his methods to military audiences in the United States after World War II. Raymond Toliver is also the author (with Trevor Constable) of Fighter Aces of the Luftwaffe (available from Schiffer Publishing Ltd.).

This feature require that you enable JavaScript in your browser.
END_OF_DOCUMENT_TOKEN_TO_BE_REPLACED

This feature require that you enable JavaScript in your browser.
END_OF_DOCUMENT_TOKEN_TO_BE_REPLACED

This feature require that you enable JavaScript in your browser.
END_OF_DOCUMENT_TOKEN_TO_BE_REPLACED